The Women’s Euros was a societal-changing tournament. From Alessia Russo’s back-heeled goal in the semi-finals to a sell-out Wembley crowd breaking a 50-year-old attendance record (set in the 1964 men’s tournament, almost 20 years before the inaugural women’s tournament) there were plenty of moments that forced the public and media to finally give women’s football the attention it deserves.

(For those of you who missed the Women’s Euros, England beat Germany in the final with a thrilling extra-time strike).

Cint ran three studies around the tournament: (before the first match, at the halfway stage and after the tournament) to analyse how the public perception of women’s football was shifting and what results the sponsors were seeing. The change in awareness and excitement for the tournament was nothing short of sensational.

Increased awareness of the tournament 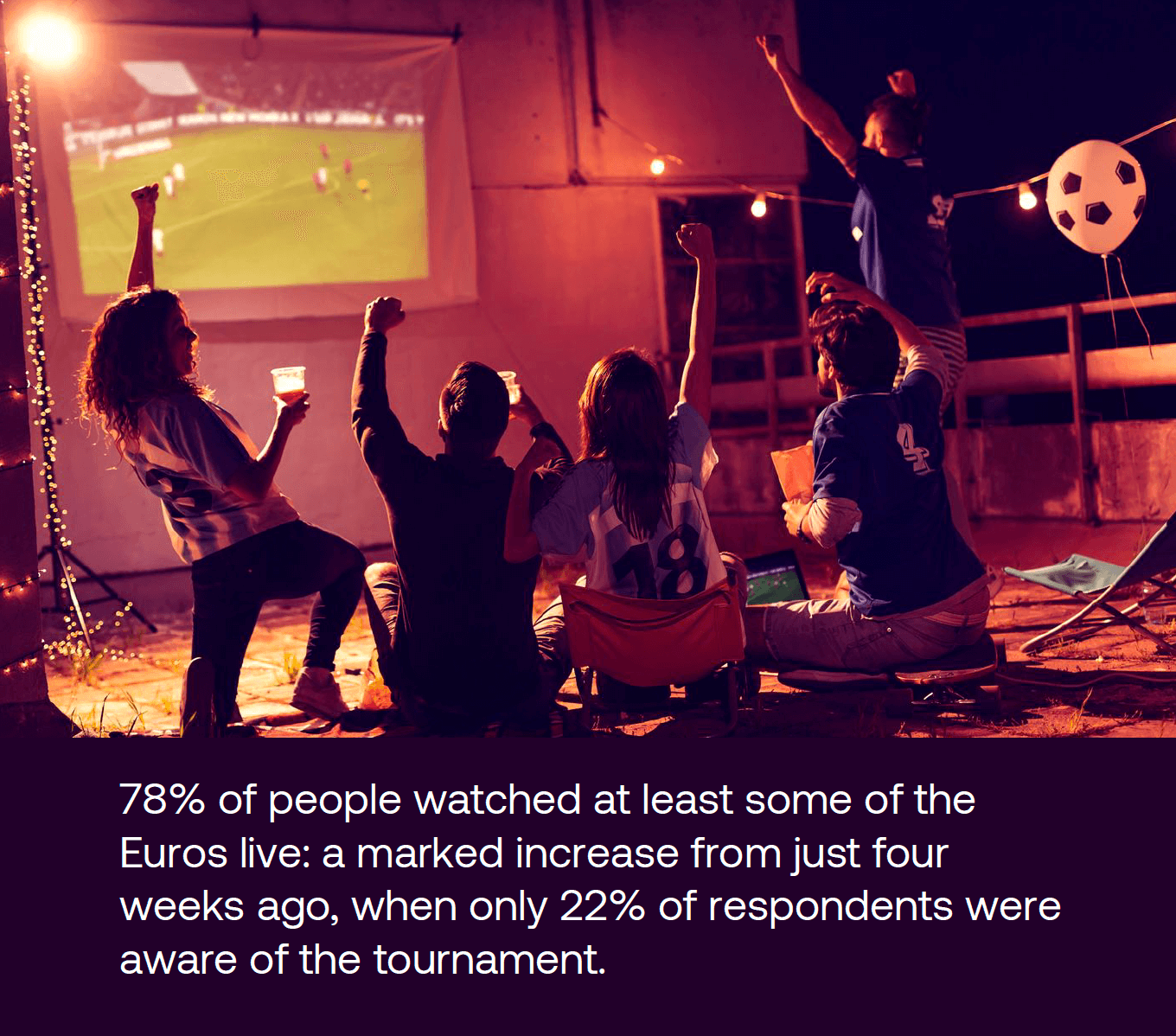 With those results it is unsurprising that the brands that sponsored the event saw meaningful results: 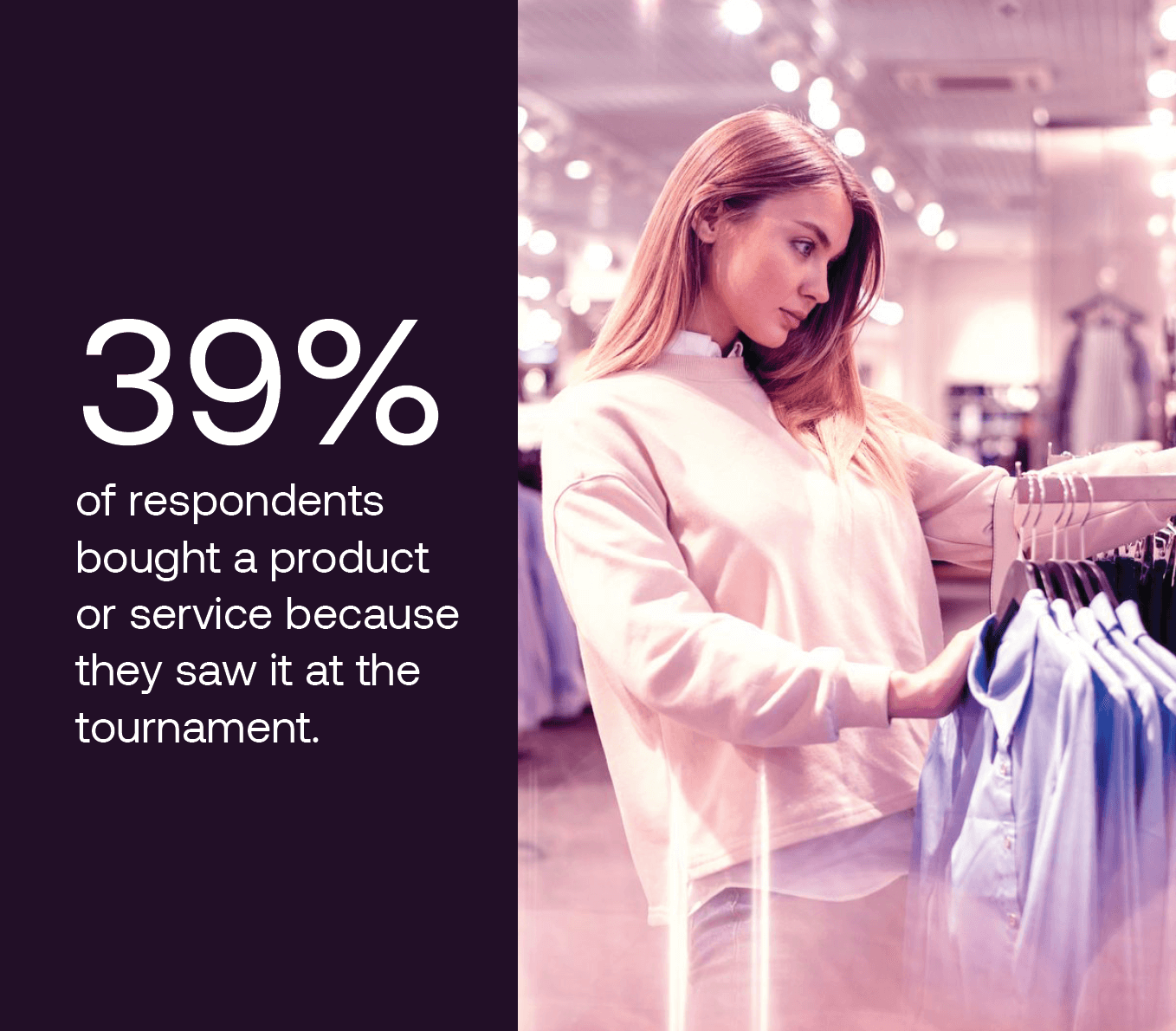 We picked five players at random from the England team—Beth Mead, Ellen White, Demi Stokes, Chloe Kelly and Hannah Hampton, plus manager Sarina Wiegman—to track public name recognition. Beth Mead (46%) was the most well-known at the halfway point of the tournament, with Ellen White (42%) a close second. With nearly half of the British public recognizing their names, these players would make great celebrity endorsers

By the time the tournament had finished all but one of the players were better recognised. Chloe Kelly’s final heroics (and that iconic celebration) grew her public awareness from 27% to an incredible 65% (a 38% increase in a matter of weeks). Beth Mead kept her number 1 spot growing her awareness by 20% to pip Chloe Kelly with 66% of the pubic recognising her.

Sarina Wiegman’s substitution masterclass was also noticed by the British public, as she trebled her result with almost 1/3 of respondents knowing her name at the end of the tournament. 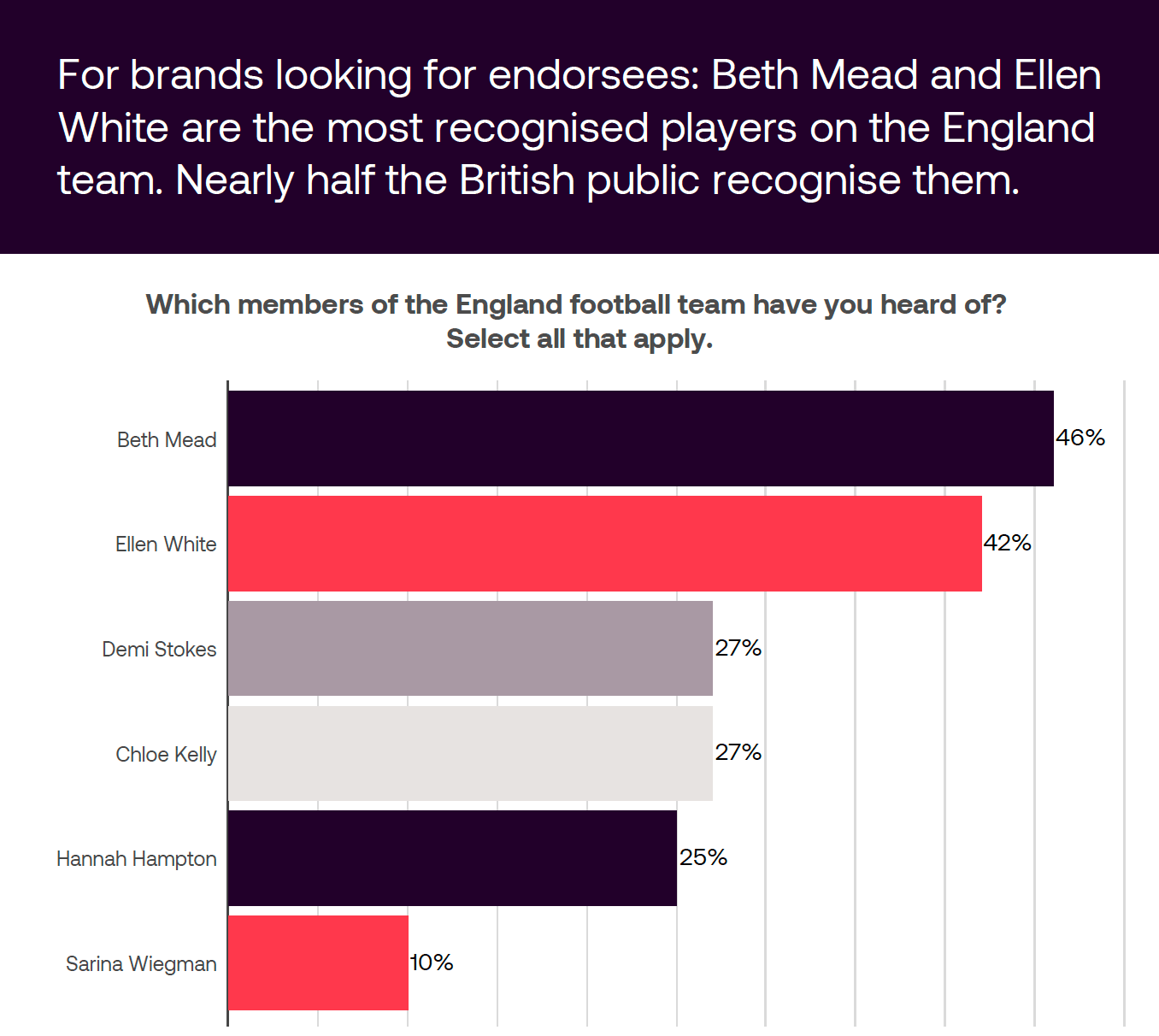 If the value of sponsoring women’s football was ever in doubt, these results should put the argument to bed. We have tracked brands increasing their brand awareness, improving their public perception, and even recording sales as a direct result of sponsoring the tournament.

With access to over 239 million respondents in 130+ countries Cint gives you access to unrivalled consumer insights, allowing you to fill surveys faster and cheaper. Our media measurement tool allows you to track your key advertising metrics live enabling you to adjust and optimise on the fly. Contact our team to learn more.

Common mistakes with media measurement – and how to avoid them

When measuring ad campaigns, it's important to be aware of common pitfalls that can affect your advertising goals - especially if you want real-time campaign results.

Nextdoor partnered with Lucid (a Cint Group company) to measure the effectiveness of their customers’ advertising on the platform.

Cint is the political research partner you’ve been looking for

Cint is powering political research and ad campaign measurement in more ways than you may think.